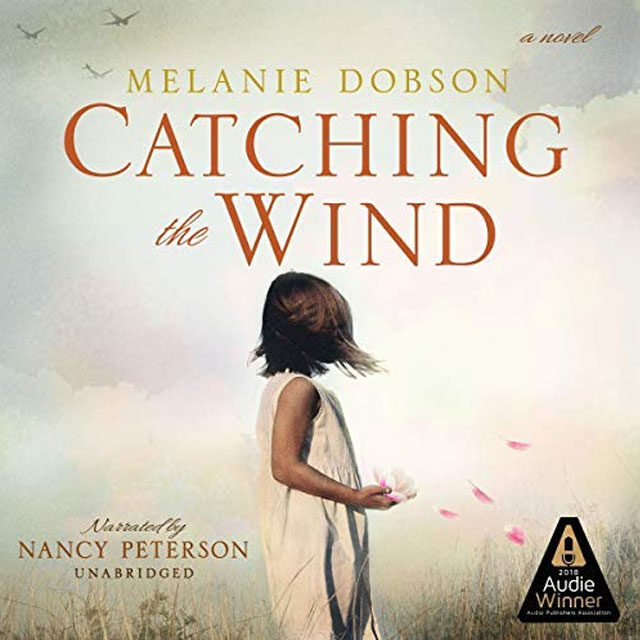 What happened to Brigitte Berthold?
That question has haunted Daniel Knight since he was 13, when he and 10-year-old Brigitte escaped the Gestapo agents who arrested both their parents. They survived a harrowing journey from Germany to England, only to be separated upon their arrival. Daniel vowed to find Brigitte after the war, a promise he has fought to fulfill for more than 70 years.
Now a wealthy old man, Daniel's final hope in finding Brigitte rests with Quenby Vaughn, an American journalist working in London. He believes Quenby's tenacity to find missing people and her personal investment in a related WWII espionage story will help her succeed where previous investigators have failed. Though Quenby is wrestling her own demons - and wary at the idea of teaming up with Daniel's lawyer, Lucas Hough - the lure of Brigitte's story is too much to resist. Together, Quenby and Lucas delve deep into the past, following a trail of deception, sacrifice, and healing that could change all of their futures. ©2017 Melanie Dobson (P) 2017 Two Words Publishing, LLC

Hidden Among the Stars

From the award-winning author of Catching the Wind, which Publishers Weekly called “unforgettable", comes another gripping time-slip novel about hidden treasure, a castle, and ordinary people who resisted evil in their own extraordinary way.
The year is 1938, and as Hitler’s troops sweep into Vienna, Austrian Max Dornbach promises to help his Jewish friends hide their most valuable possessions from the Nazis, smuggling them to his family’s summer estate near the picturesque village of Hallstatt. He enlists the help of Annika Knopf, his childhood friend and the caretaker’s daughter, who is eager to help the man she’s loved her entire life. But when Max also brings Luzia Weiss, a young Jewish woman, to hide at the castle, it complicates Annika’s feelings and puts their entire plan - even their very lives - in jeopardy. Especially when the Nazis come to scour the estate and find both Luzia and the treasure gone.
Eighty years later, Callie Randall is mostly content with her quiet life, running a bookstore with her sister and reaching out into the world through her blog. Then she finds a cryptic list in an old edition of Bambi that connects her to Annika’s story...and maybe to the long-buried story of a dear friend. As she digs into the past, Callie must risk venturing outside the safe world she’s built for a chance at answers, adventure, and maybe even new love.
©2018 Melanie Dobson (P) 2018 Two Words Publishing LLC 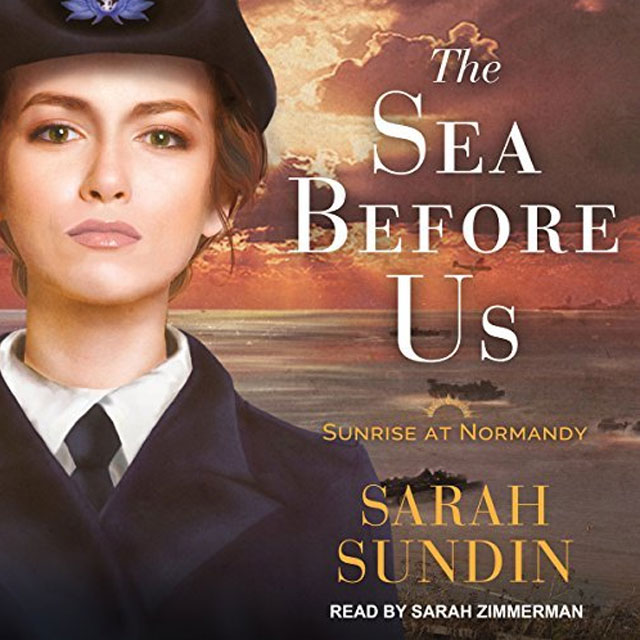 The Sea Before Us

In 1944, American naval officer Lt. Wyatt Paxton arrives in London to prepare for the Allied invasion of France. He works closely with Dorothy Fairfax, a "Wren" in the Women's Royal Naval Service. Dorothy pieces together reconnaissance photographs with thousands of holiday snapshots of France - including those of her own family's summer home - in order to create accurate maps of Normandy. Maps that Wyatt will turn into naval bombardment plans.
As the two spend concentrated time together in the pressure cooker of war, their deepening friendship threatens to turn to love. Dorothy must resist its pull. Her bereaved father depends on her, and her heart already belongs to another man. Wyatt too has much to lose. The closer he gets to Dorothy, the more he fears his efforts to win the war will destroy everything she has ever loved. The tense days leading up to the monumental D-Day landing blaze to life under Sarah Sundin's practiced pen with this powerful new series.
©2018 Sarah Sundin (P) 2018 Tantor 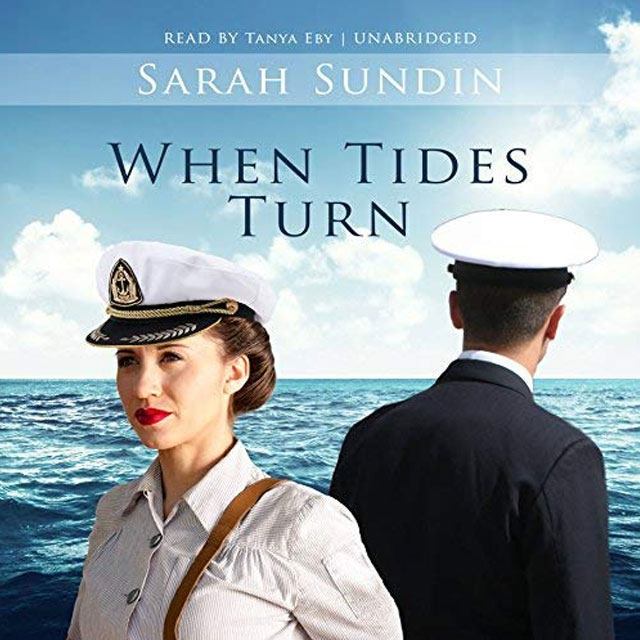 The Waves of Freedom, Book 3

When fun-loving glamour girl Quintessa Beaumont learns that the Navy has established the WAVES program for women, she enlists, determined to throw off her frivolous ways and contribute to the war effort.
No-nonsense Lieutenant Dan Avery, hoping to make admiral, has been using his skills to fight German U-boats. The last thing he wants to see on his radar is a girl like Tess.
For her part, Tess works hard to prove her worth in the Antisubmarine Warfare Unit in Boston - both to her commanding officers and to the man with whom she is smitten.
When Dan is assigned to a new escort carrier at the peak of the Battle of the Atlantic, he is torn between his lifelong career goals and his desire to help Tess root out a possible spy on shore. The Germans put up quite a fight, but he wages a deeper battle within his heart. Could Tess be the one for him?
Sarah Sundin carries listeners through the rough waters of love in a time when every action might have unforeseen world-changing consequences. ©2017 Sarah Sundin (P) 2017 Blackstone Audio, Inc.