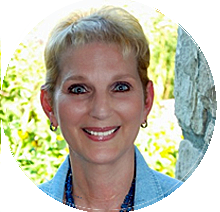 Best-selling novelist Robin Lee Hatcher, author of more than 75 books, is known for her heartwarming and emotionally charged stories of faith, courage, and love. Robin is an eleven-time finalist and two-time winner of the prestigious RITA® Award. In addition to the RITA and many other awards, she is the recipient of Lifetime Achievement Awards from both Romance Writers of America® and American Christian Fiction Writers, When not writing, she enjoys being with her family, spending time in the beautiful Idaho outdoors, Bible art journaling, reading books that make her cry, watching romantic movies, and decorative planning. A mother and grandmother, Robin and her husband make their home on the outskirts of Boise, sharing it with a demanding Papillon puppy named Boo and a persnickety tuxedo cat named Pinky.
For more information, please visit her website at https://www.robinleehatcher.com
Click here to visit Robin's Amazon page 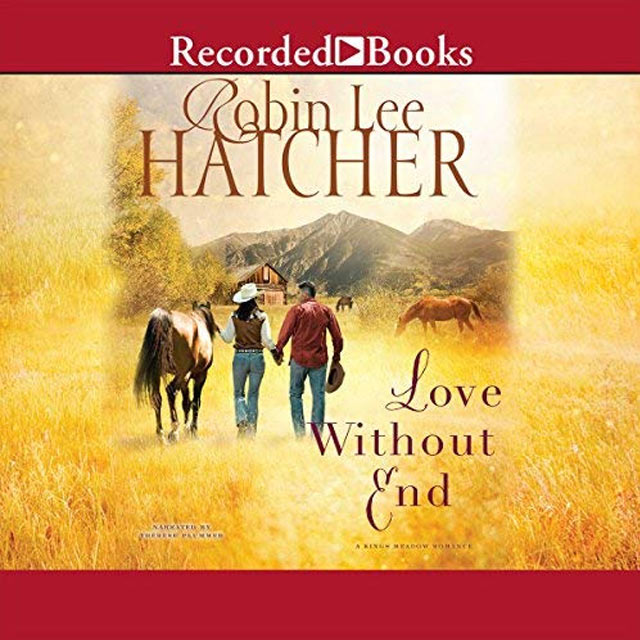 Chet and Kimberly have both failed when it comes to love. Will they risk their hearts to love again? Chet Leonard's life was forever changed when his 17-year-old son died and then, soon after, his wife walked out on their family. Over two years later, all he wants to do is hold onto his horse ranch and raise his remaining sons to be honorable men. Kimberly Welch, widowed mother of Tara, a rebellious 15-year-old, has reached the end of her finances and nearly the end of her rope. She and Tara come to King's Meadow to try to piece their lives back together again. Kimberly has no intention of become involved with the residents of this remote mountain community and certainly not with any man. When 84-year-old Anna McKenna returns to King's Meadow and to the Leonard ranch, she becomes an agent of change and healing for the two hurting families. With her help, Kimberly and Chet's families at last discover a love without end.
©2014 Robin Lee Hatcher (P) 2014 Recorded Books 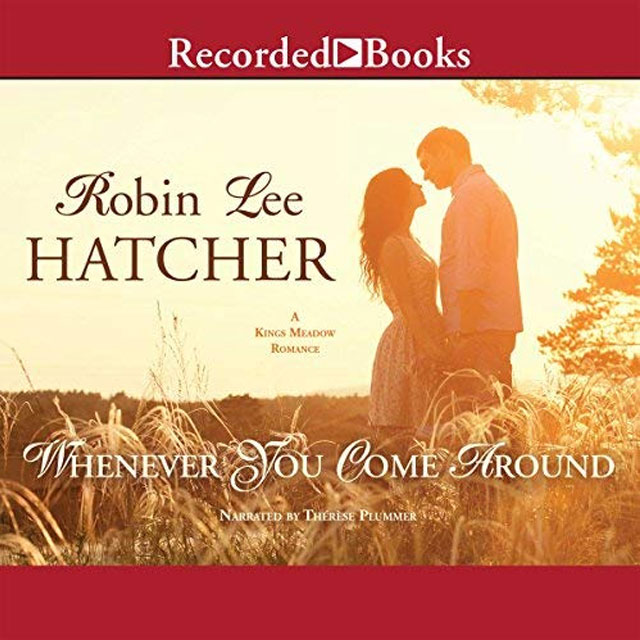 Whenever You Come Around

Will writing a romance help this author find a real-life hero?
Charity Anderson turned her back on Kings Meadow years ago - with good reason - and has avoided visits to her hometown whenever possible. But with her house in Boise damaged by floodwaters and a book deadline bearing down, staying in her parents' empty home seems her only option. However, being in Kings Meadow dredges up a painful secret, and old fears threaten to overwhelm her.
Charity's former high school classmate Buck Malone never left town, instead sacrificing his dreams to take care of his family. Now he enjoys an uncomplicated life as a wilderness guide and confirmed bachelor. The last thing on his mind is settling down.
When Charity's dog causes an accident that leaves Buck with a broken ankle and wrist at the start of prime tourist season, Charity has little choice but to render aid while he recuperates. Soon Buck becomes the inspiration for Charity's hero, both on the page and off. Can he also help her face and overcome her fears, so they might find their own happily ever after?
©2015 Robin Lee Hatcher (P) 2015 Recorded Books 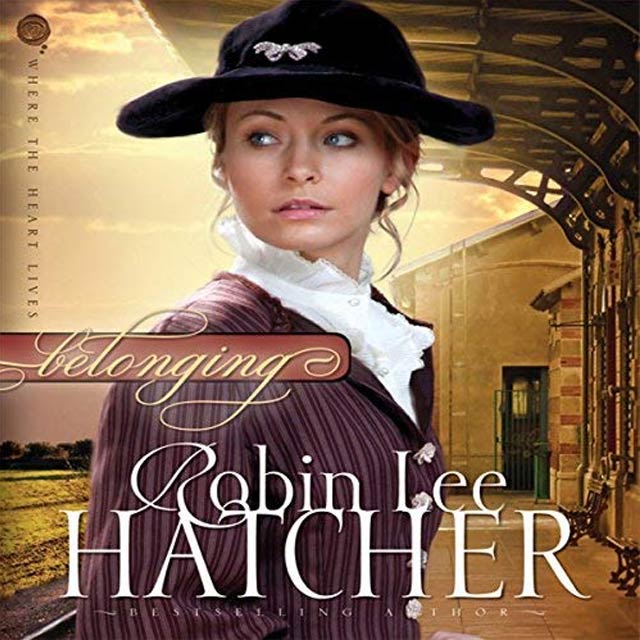 Where the Heart Lives, Book 1

In the high-desert town of Frenchman's Bluff, Idaho, Felicia Kristoffersen has set out to create a future for herself that is better than her painful past. Alone in the world with only her faith to sustain her, she must prove herself as this tiny community's new school teacher. She cannot, must not, fail. But, there are those who never wanted her there to begin with.
Five years after the death of his wife, local merchant Colin Murphy cares about just one thing: raising his daughter, Charity. Colin wants to give her the educational advantages he never had. The new schoolmarm's inexperience doesn't sit well with him, and if this teacher up and marries like the last one did, Charity's heart will be broken once again.
A woman who hasn't known love. A man who lost the love he had. In the midst of the wide, sage-covered plains, each is about to discover that life's bitterest circumstances truly can work together for good. ©2011 Robin Lee Hatcher (P) 2011 Zondervan 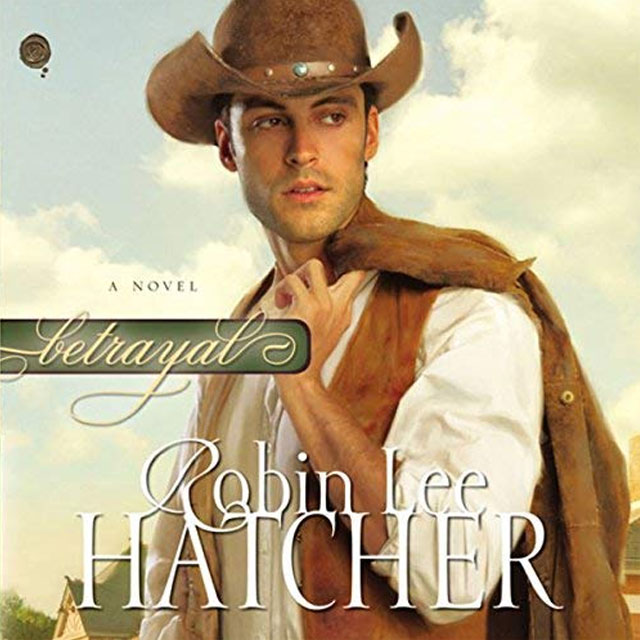 Where the Heart Lives, Book 2

It’s the turn of the 20th century and drifter Hugh Brennan is a man well acquainted with betrayal. Hugh finds himself drawn to the attractive widow, Julia, yet when he looks into her eyes, he recognizes the same hurt that haunts him.
Julia Grace has little reason to trust men, but she’s going to have to trust someone if she’s to keep her ranch from the clutches of her dead husband’s half-brother. Is it possible God had a hand in bringing Hugh to her door?
The latest historical romance from award-winning author Robin Lee Hatcher and the second book in the Where the Heart Lives series, Betrayal will take you to the high desert of western Wyoming, through the crags of the Rocky Mountains, and into the hearts of two seekers learning to trust God’s love no matter the circumstances. ©2012 RobinSong, Inc. (P) 2012 Zondervan 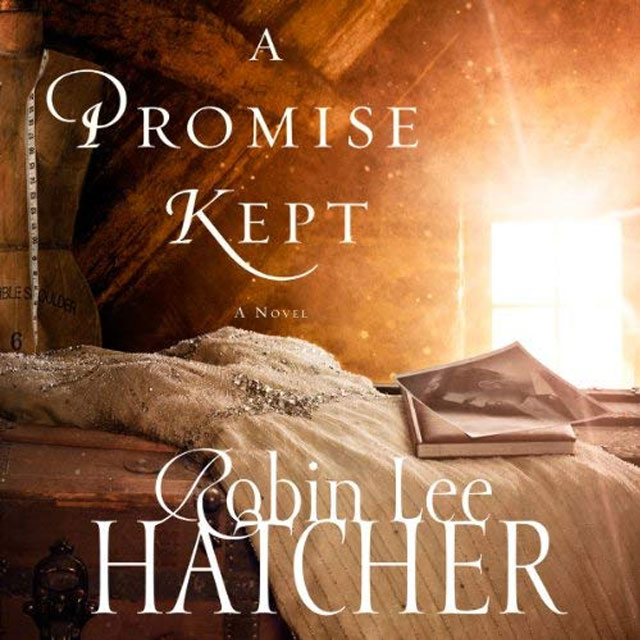 God was going to save her marriage, Allison was sure of it. What had become of His promise? Tony Kavanagh had been Allison's dream-come-true. They were in love within days, engaged within weeks, married and expecting a baby within a year. Her cup had bubbled over with joy…but years later, that joy was extinguished by unexpected trials. The day Allison issued her husband an ultimatum, she thought it might save him. She never expected he would actually leave. She was certain God had promised to heal their marriage. Now it was clear that she'd misunderstood. Living in the quiet mountain cabin she inherited from her single, self-reliant great aunt Emma, Allison must come to terms with her grief and figure out how to adapt to small-town life. When she finds a wedding dress and a collection of journals in Emm's attic, a portrait of her aunt emerges that takes Allison completely by surprise: a portrait of a heartbroken woman a lot like herself. As Allison reads the incredible story of Emma's life in the 1920s and 1930s, she is forced to ask a difficult question: Does she really surrender every piece of her life to the Lord? For a woman accustomed to being someone else’s savior, that will be even harder than it sounds. Alluding to a personal history never before revealed, A Promise Kept is Robin Lee Hatcher's most intimate work yet and an emotionally-charged thanksgiving to a God who answers prayers - in His own time and His own ways.
Download the accompanying reference guide. ©2013 Thomas Nelson (P)2014 Oasis Audio 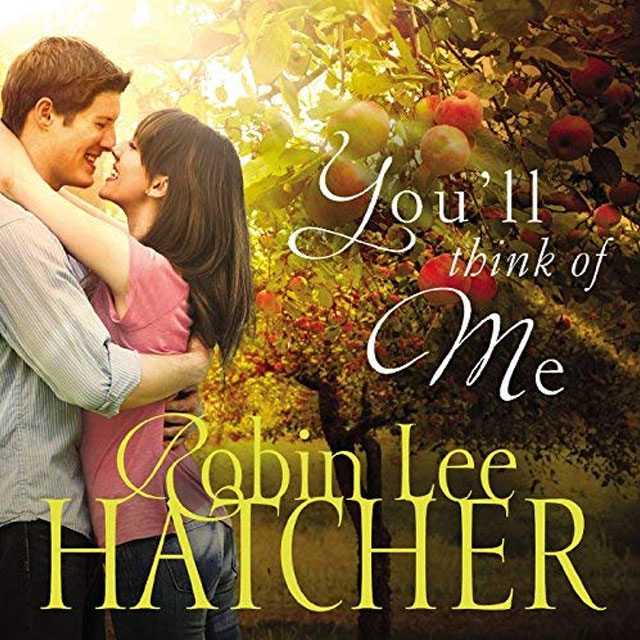 You'll Think of Me

Her mother abandoned her, her father disowned her, and her husband left her. Can Brooklyn be convinced that it is possible to forgive the greatest of betrayals?
Brooklyn Myers escaped her broken home and her embittered, unloving father by eloping to Reno at the age of 17. But when she was pregnant with their first child, her husband abandoned her as well. Not welcome back home in Thunder Creek, Brooklyn stayed in Reno and raised her daughter, Alycia, on her own, doing her best to make sure Alycia never knew the heartache and rejection Brooklyn herself had known.
When her estranged husband, Chad Hallston dies, he leaves the family home in Thunder Creek to his daughter. Believing it is the best way to give her daughter a stable home, Brooklyn does what she thought she would never do. She goes home to the orchard and wine country of Southwest Idaho. There, she encounters Chad's best friend, Derek Johnson, a part-time sheriff's deputy who also owns an organic produce farm next door. Derek was never a fan of former bad girl Brooklyn Myers, but he made a promise to his dying friend that he would be the father to Alycia that Chad had never been.
Although Derek and Brooklyn get off to a bumpy start, he and Alycia quickly form a bond. And soon Derek realizes that he wants Brooklyn to trust him too...even knowing that her trust won't come easily. And then he realizes he wants even more than her trust. He wants to win her love.
While Brooklyn may be tempted to give her heart to Derek, risking her daughter's happiness is another story. Will Brooklyn hold on to her self-reliance for dear life, or will she come to understand that the greatest gift she can give her daughter is showing her how to love and trust others? ©2017 Robin Lee Hatcher (P) 2017 Thomas Nelson Publishers 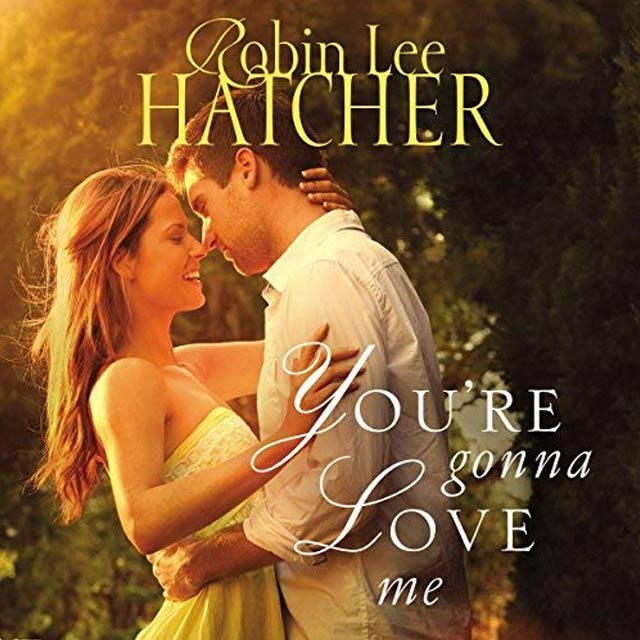 You're Gonna Love Me

Who knew fate could twist a tragedy into a second chance at love?
Samantha Winters lives her life the way a good accountant should - measured, deliberate, and safe. After watching her father die in a tragic skiing accident, she decided never to allow risk into her life again. But she didn't count on falling for Nick Chastain, who embodies everything she doesn't want in her safely constructed world.
Against Samantha's warnings, Nick plans a dangerous kayaking trip over spring break. Furious that he's so careless with his life, she ends their fledgling relationship with harsh words.
Two years later, Samantha is desperately in need of a change. When she learns her grandmother has had an accident and is in need of a caretaker, Samantha quickly packs her bags and heads to Thunder Creek, Idaho. But nothing could prepare her for the surprise awaiting her in her grandmother's hospital room...Nick.
With the charming backdrop of small-town friends, beloved cousins, and a whole church congregation rooting for them, can they set aside the disastrous ending of their first try at love? Has Nick changed enough to meet Samantha in the middle - and can she realize that a risk in love might be worth taking? ©2017 Robin Lee Hatcher (P) 2017 Thomas Nelson