With Links to Audible 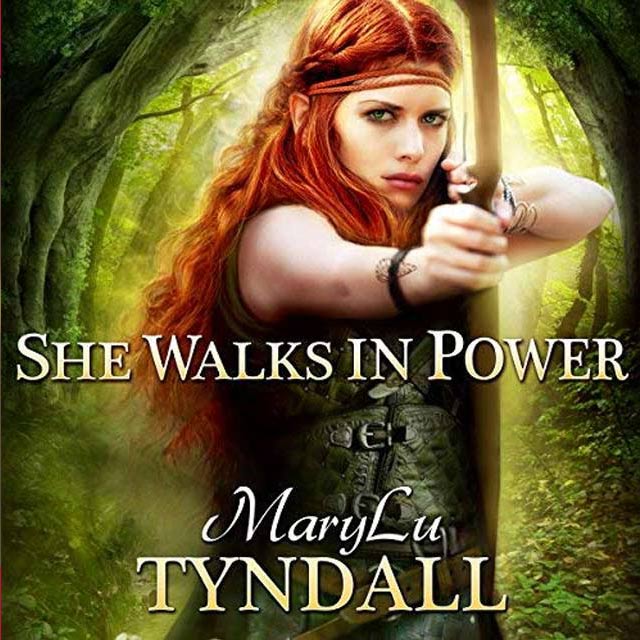 Protectors of the Spear, Book 1

She Walks in Power

Alexia D'Clere didn't ask to be Protector of the Spear, but after her dying mother gave her the tiny metal object and made her promise to keep it safe, she had no choice. Orphaned at age eight, she began to take over the running of her parents' castle with the help of a trusted steward. Yet when a plot to murder her was revealed, a friar whisked her away to live hidden in the forest. There she learned to shoot expertly with a bow and arrow and hone her skills to see into the spirit realm.
Now, at 18, Alexia continues to keep the Spear protected. With her powers of spiritual discernment and her skill as an archer, she is no match for those who come for the spear. That is until she meets Ronar LePeine, one of the King's elite guard.
Ronar desires nothing more than to do his duty to God and King and pay penance for past sins. Yet a forest sprite with flaming red hair blocks his every move, all the while enchanting him like no other. Something evil lurks at Castle Luxley, and both Ronar and Alexia are soon thrust into the middle of a spiritual battle that will not only test their very beliefs but put them both in mortal danger.
©2016 MaryLu Tyndall (P) 2016 Tantor.