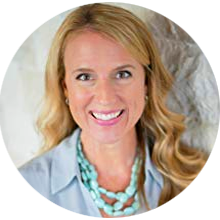 Becky is the Carol and Christy award winning author of heartwarming, humorous, and swoon-worthy contemporary inspirational romances. During her childhood in California, Becky frequently produced homemade plays starring her sisters, friends, and cousins. These plays almost always featured a heroine, a prince, and a love story with a happy ending. She's been a fan of all things romantic ever since. These days, you'll find Becky in Dallas, Texas failing to keep up with her housework, trying her best in yoga class, carting her three kids around town, watching TV with her Cavalier spaniel on her lap, hunched over her computer writing, or eating chocolate.
She loves to connect with readers via her website:  www.beckywade.com.
Visit Becky's Amazon page - (paid link). 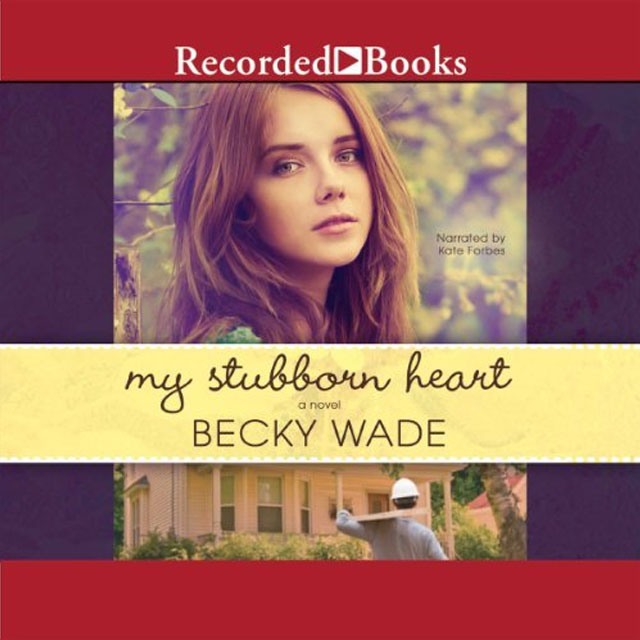 A shining new light in contemporary Christian romance, Becky Wade crafts characters listeners connect with spiritually and emotionally. In My Stubborn Heart, Kate Donovan accompanies her grandmother to Redbud, Pennsylvania, to restore their family home. There she meets renovator Matt Jarreau, who awakens something in her even as he struggles with his own dwindling faith.
©2012 Becky Wade (P) 2013 Recorded Books 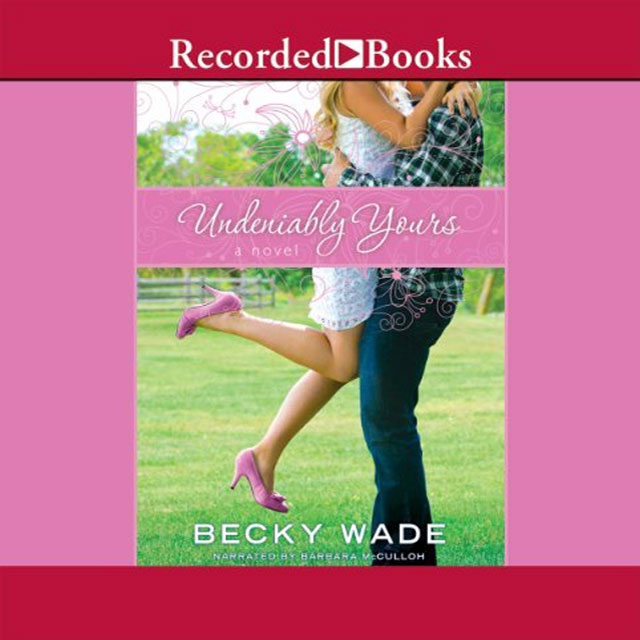 When Meg Cole's father dies unexpectedly, she's forced to return home to Texas and to Whispering Creek Ranch to take up the reins of his empire. The last thing she has the patience or the sanity to deal with? Her father's thoroughbred racehorse farm. She gives its manager, Bo Porter, six months to close the place down. Bo knows he ought to resent the woman who's determined to take from him the only job he ever wanted. But instead of anger, Meg evokes within him a profound desire to protect. The more time he spends with her, the more he longs to overcome every obstacle that separates them and earn her love. Just when Meg realizes she can no longer deny the depth of her feelings for Bo, their fragile bond is broken by a force from Meg's past. Can their relationship--and their belief that God can work through every circumstance--survive? ©2013 Rebecca Wade (P) 2013 Recorded Books 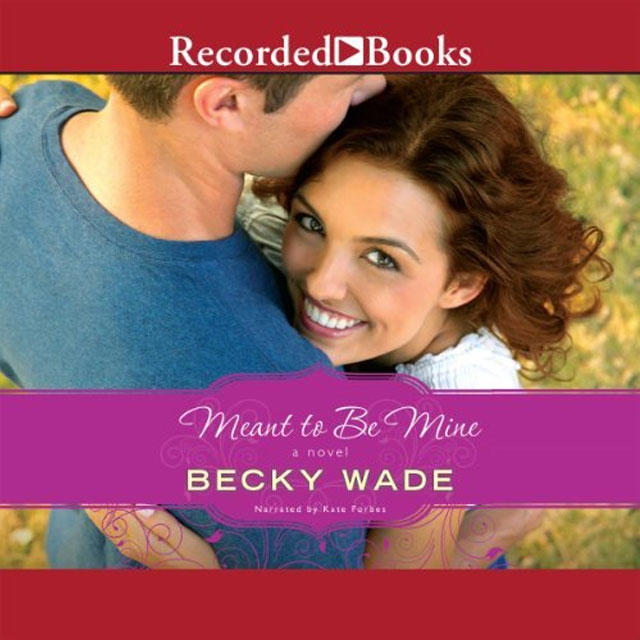 Meant to Be Mine

Ty Porter has always been irresistible to Celia Park. All through high school - irresistible. When their paths cross again after college - still irresistible. This time, though, Ty feels exactly the same way about Celia. Their whirlwind romance deposits them at a street-corner Las Vegas wedding chapel. The next morning they wake to a marriage certificate and a dose of cold reality. Celia's ready to be Ty's wife, but Ty's not ready to be anybody's husband. As a professional bull rider, he lives on the road and can't bring himself to settle down.
Five and a half years pass. Celia's buried her dreams so that she can afford to raise her daughter. Ty's achieved all of his goals. Or thought he had, until he looks again into the face of the one woman he couldn't forget and into the face of the child he never knew he had. How much will Ty sacrifice to make Celia's dreams come true, to win her trust, and to prove to her that their spontaneous marriage can still become the love of a lifetime? ©2014 Rebecca Wade (P) 2014 Recorded Books 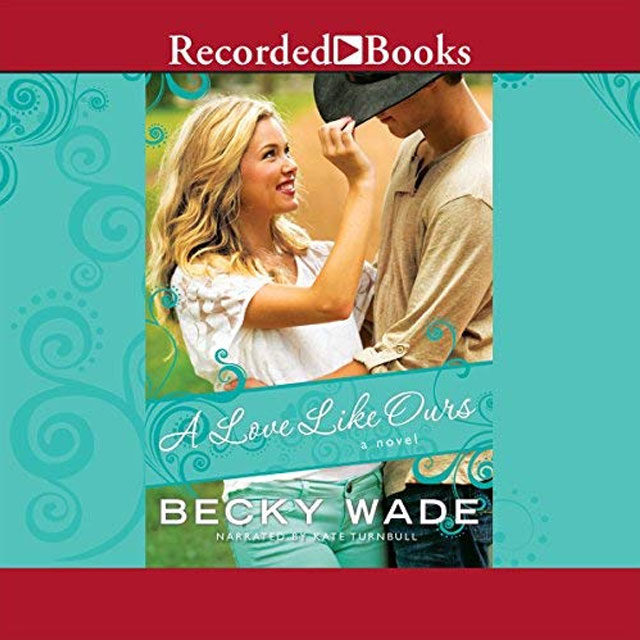 Former Marine Jake Porter has far deeper scars than the one that marks his face. He struggles with symptoms of PTSD, lives a solitary life, and avoids relationships.
When Lyndie James, Jake's childhood best friend, lands back in Holley, Texas, Jake cautiously hires her to exercise his Thoroughbreds. Lyndie is tender-hearted, fiercely determined, and afraid of nothing, just like she was as a child. Jake pairs her with Silver Leaf, a horse full of promise but lacking in results, hoping she can solve the mystery of the stallion's reluctance to run.
©2015 Rebecca Wade (P) 2015 Recorded Books 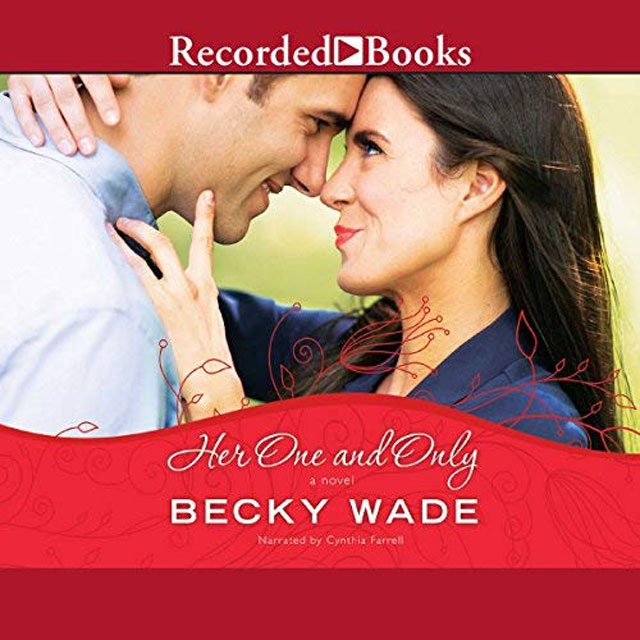 Her One and Only

Gray Fowler, star NFL tight end, is being pursued by a stalker, so his team hires a protection agency to keep Gray under the watch of a bodyguard at all times. When Gray meets Dru Porter, an agent assigned to him, he's indignant. How can an attractive young female half his size possibly protect him?
But Dru's a former Marine, an expert markswoman, and a black belt. She's also ferociously determined to uncover the identity of Gray's stalker. And she's just as determined to avoid any kind of romantic attachment between herself and the rugged football player with the mysterious past. But the closer they get to finding the stalker, the closer they grow to each other.
As the danger rises, can Dru and Gray entrust their hearts - and their lives - to one another?
©2016 Rebecca Wade (P) 2016 Recorded Books

Narrated by Ryan Hudson and Heather Masters
2-hours and 30-minutes
Reg. $6.95 or FREE with 30-day Trial

A leather-bound journal. A single father. A woman in pursuit of freedom.
Garner Bradford, heir to the troubled Bradford Shipping empire, doesn't know much about babies. But he's going to have to learn fast, because he's just become a single father to his newborn daughter. As he confesses through his journal entries, he's not entirely sure how to keep a newborn alive, whether or not he'll ever patch together his shattered heart, or how to forgive himself for his mistakes.
Career girl Kathleen Burke is wholly uninterested in settling down. She has big dreams, and none of them include Garner and his small hometown in Washington State. Yet she can't seem to get her handsome boss out of her head or her heart. There's something extraordinarily tempting about his beautifully sad green eyes....
Told through journal entries, phone conversations, and letters, Then Came You is a unique, heart-stirring romance novella by acclaimed author Becky Wade. ©2016 Rebecca Wade (P) 2018 Rebecca Wade 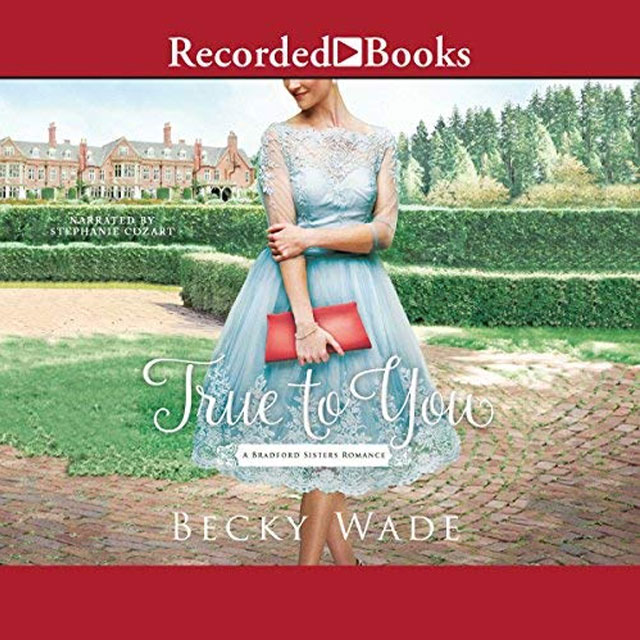 Exciting start of a brand-new series by a contemporary romance fan favorite.
After a devastating heartbreak three years ago, genealogist and historical village owner Nora Bradford has decided that burying her nose in her work and her books is far safer than romance in the here and now.
Unlike Nora, former Navy SEAL and Medal of Honor recipient John Lawson is a modern-day man, usually 100% focused on the present. But when he's diagnosed with an inherited condition, he's forced to dig into the secrets of his past and his adoption as an infant, enlisting Nora to help him uncover the identity of his birth mother.
The more time they spend together, the more this pair of opposites suspects they just might be a perfect match. However, John's already dating someone and Nora's not sure she's ready to trade her crushes on fictional heroes for the risks of a real relationship. Finding the answers they're seeking will test the limits of their identity, their faith, and their devotion to one another.
©2017 Rebecca C. Wade (P) 2017 Recorded Books 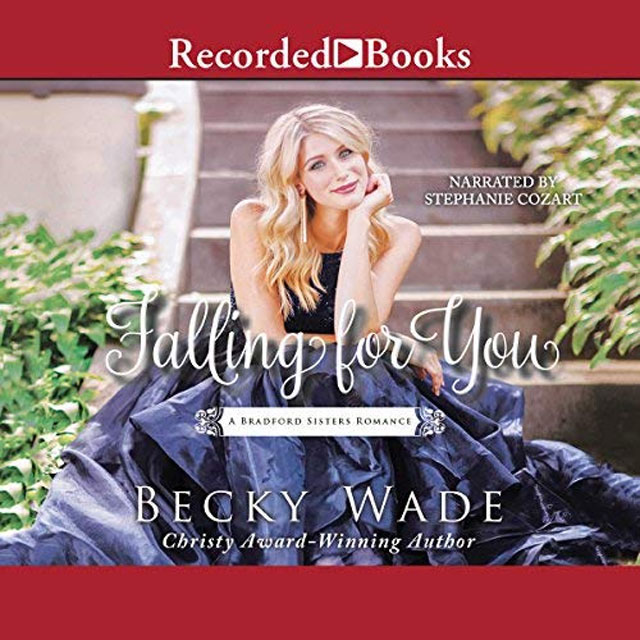 Famously beautiful model Willow Bradford is taking a temporary break from her hectic schedule to work as the innkeeper at her family's small-town bed-and-breakfast. She was enjoying the peace of her hometown, Merryweather, Washington, right up until she came face-to-face with Corbin Stewart, the man she loves to hate. A thoughtful rule-follower by nature, Willow threw caution to the wind four years ago when she entrusted her heart to Corbin - and suffered the consequences when it all fell apart.
Former NFL quarterback Corbin is forceful, charming, and accustomed to getting what he wants...except where Willow Bradford is concerned. Unable to forget her, he's never stopped regretting what happened between them. When their paths unexpectedly cross again, he's determined to make her give him a second chance.
When a decades-old missing persons case finds Corbin and Willow working together, they're forced to confront their past and who they've become - and whether they can risk falling for one another all over again. ©2018 Rebecca C. Wade (P) 2018 Recorded Books

Love in the Details

Holly ended things to give him a better life, but she was the future he'd always dreamed of.
Eight years have passed since Holly last saw her high school sweetheart, Josh. Now the wedding of Josh's best friend has brought him back to Martinsburg, Texas. His duties as best man and Holly's as the church's volunteer wedding coordinator link them together. As they work behind the scenes to plan a beautiful November wedding for their friends, they're forced to confront painful reminders of what might have been.
Holly broke up with Josh all those years ago in an attempt to ensure his future success. However, she never told him the true reason behind her actions and now must decide whether to keep her secret hidden. She's terrified of letting herself fall for him because she barely managed to piece her life back together after losing him the last time.
Not a day's gone by since Josh parted from Holly that he hasn't thought about her. The pain of the past eight years has been too much to bear, and he doesn't want to make himself vulnerable to her again. But the more time he spends with her, the harder it is to deny the love he still has for her.
Will Josh and Holly risk their hearts on the hope that God's timing really can be best? ©2015 Becky Wade (P) 2015 Zondervan