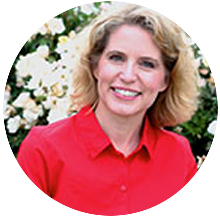 For those who love to smile as they read, bestselling author Karen Witemeyer offers warm-hearted historical romances with a flair of humor, feisty heroines, and swoon-worthy Texas heroes. A transplant from California, Karen came to Texas for college, met a cowboy disguised as a computer nerd, married him, and never left the state that had become home.
Winner of the HOLT Medallion, ACFW Carol Award, Inspirational Reader's Choice Award, National Reader's Choice Award, and a finalist for both the RITA and Christy Awards, Karen is a firm believer in the power of happy endings. . . and ice cream. She also loves to reward her readers. Every month she gives away two inspirational historical novels to someone from her newsletter list and offers substantial bonus content on her website. To learn more about Karen and her books, or to join her subscriber list, please visit www.karenwitemeyer.com.
Click here to visit Karen's Amazon page 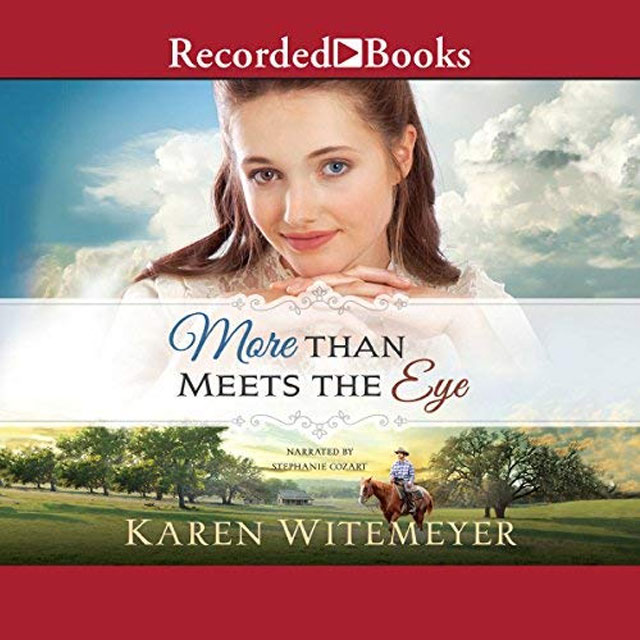 More Than Meets the Eye

Many consider Evangeline Hamilton cursed. Orphaned at a young age and possessing a pair of mismatched eyes - one bright blue, the other dark brown - Eva has fought to find her way in a world that constantly rejects her. Yet the support of even one person can help overcome the world's judgments, and Eva has two - Seth and Zach, two former orphans she now counts as brothers.
Seeking justice against the man who stole his birthright and destroyed his family, Logan Fowler arrives in 1880s Pecan Gap, Texas, to confront Zach Hamilton, the hardened criminal responsible for his father's death. Only instead of finding a solitary ruthless gambler, he discovers a man not much older than himself with an unusual family.
When Zach's sister, Evangeline, insists on dousing Logan with sunshine every time their paths cross, Logan finds his quest completely derailed. Who is truly responsible for his lost legacy, and will restoring the past satisfy if it means forfeiting a future with Evangeline?
©2018 Karen Witemeyer (P) 2018 Recorded Books 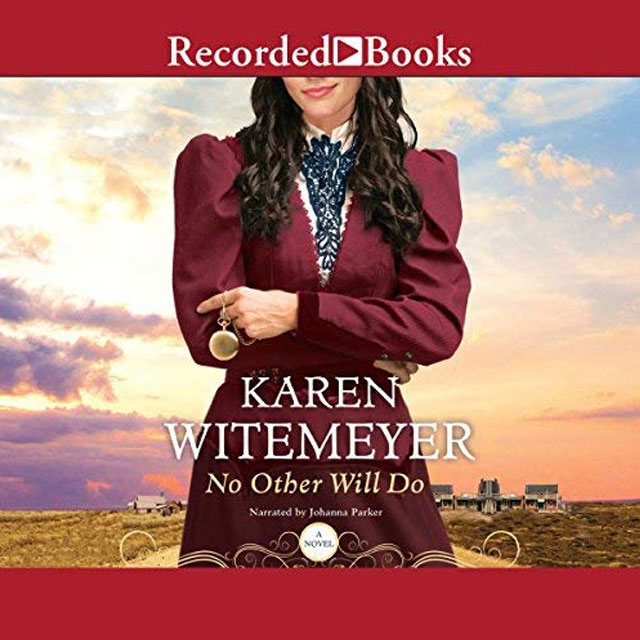 No Other Will Do

Men are optional. That's the credo Emma Chandler's suffragette aunts preached and why she started a successful women's colony in Harper's Station, Texas. But when an unknown assailant tries repeatedly to drive them out, Emma admits they might need a man after all. A man who can fight - and she knows just the one.
Malachi Shaw finally earned the respect he craved by becoming an explosives expert for the railroad. Yet when Emma's plea arrives, he bolts to Harper's Station to repay the girl who once saved his life. Only she's not a girl any longer. She's a woman with a mind of her own and a smile that makes a man imagine a future he doesn't deserve. As the danger intensifies, old feelings grow and deepen, but Emma and Mal will need more than love to survive.
©2016 Karen Witemeyer (P) 2016 Recorded Books 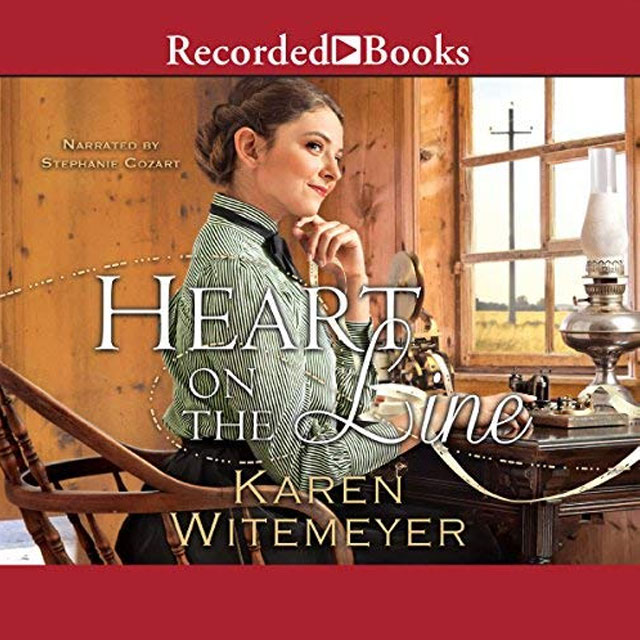 Heart on the Line

Witemeyer returns with her trademark blend of adventure, romance, and humor.
Grace Mallory is tired of running, of hiding. But when an old friend sends an after-hours telegraph transmission warning Grace that the man who has hunted her for nearly a year has discovered her location, she fears she has no choice. She can't let the villain she believes responsible for her father's death release his wrath in Harper's Station, the town that has sheltered her and blessed her with the dearest friends she's ever known.
Amos Bledsoe prefers bicycles to horses and private conversations over the telegraph wire to social gatherings with young ladies who see him as nothing more than an oddity. His telegraph companion, the mysterious Miss G, listens eagerly to his ramblings every night and delights him with tales all her own. For months, their friendship - dare he believe, courtship? - has fed his hope that he has finally found the woman God intended for him. Yet when he takes the next step to meet her in person, he discovers her life is in peril, and Amos must decide if he can shed the cocoon of his quiet nature to become the hero Grace requires.
©2017 Karen Witemeyer (P) 2017 Recorded Books 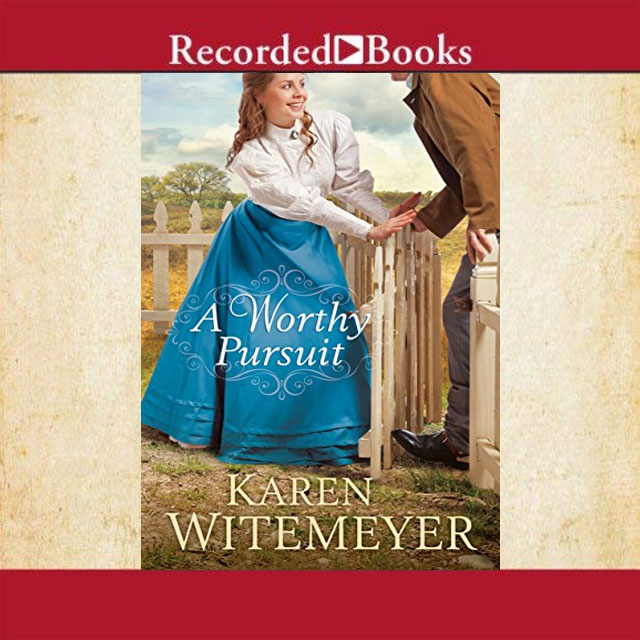 Historical Romance to Fall in Love With
Stone Hammond is the best tracker in Texas. He never comes home empty handed. So when a wealthy railroad investor hires him to find his abducted granddaughter, Stone eagerly accepts. Charlotte Atherton, former headmistress of Sullivan's Academy for Exceptional Youths, will do anything to keep her charges safe, especially the little girl entrusted to her care after her mother's death.
Charlotte promised Lily's mother she'd keep the girl away from her unscrupulous grandfather, and nothing will stop Charlotte from fulfilling that pledge. Not even the handsome bounty hunter with surprisingly honest eyes who comes looking for them. When the teacher he's after produces documentation that shows she's the little girl's legal guardian, Stone must reevaluate everything he's been led to believe.
Is Miss Atherton villain or victim? She acts more like a loving mother than an abductress, and the children in her care clearly adore her. Should Stone break his perfect record? Then a new danger threatens, and Charlotte is forced to trust the man sent to destroy her. Stone becomes determined to protect what he once sought to tear apart. Besides, he's ready to start a new pursuit: winning Charlotte's heart. ©2015 Karen Witemeyer (P) 2015 Recorded Books 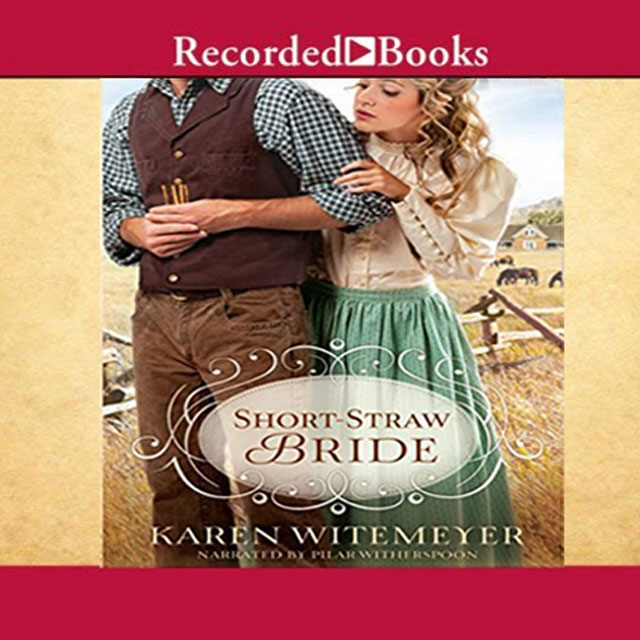 RITA Award finalist Karen Witemeyer pens heartwarming historical romances that lift the spirit and the soul. Short-Straw Bride finds Meredith Hayes struggling to let go of her childhood crush on Travis Archer - the strapping young lad who saved her as a little girl. With a sensible proposal from the eligible Roy Mitchell on the table, it’s time for her to move on. But when Meredith overhears a plot to drive Travis and his brothers off their coveted land, she has no choice but to intervene.
©2012 Karen Witemeyer (P) 2012 Recorded Books 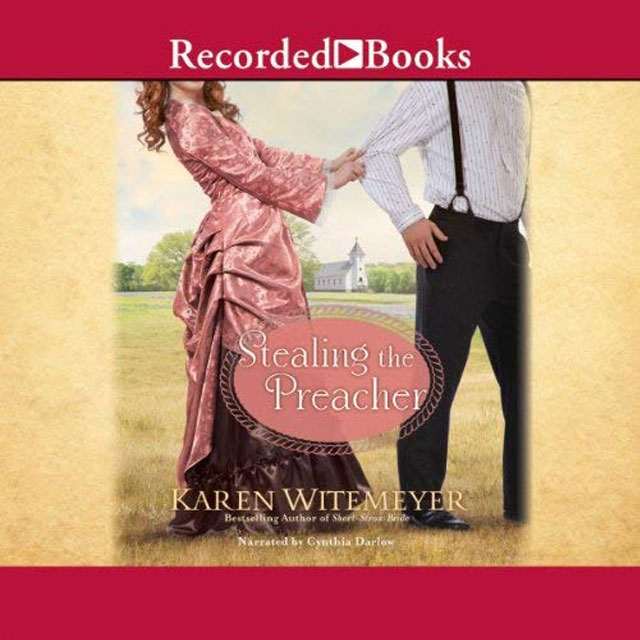 A cowboy who wants to be a preacher... An outlaw's daughter who wants to change his mind...
On his way to interview for a position at a church in the Piney Woods of Texas, Crockett Archer can't believe it when he's forced off the train by an outlaw and presented to the man's daughter as the preacher she requested for her birthday. He's determined to escape - which would be much easier if he could stop thinking about Joanna Robbins and her unexpected request.
For months, Joanna had prayed for a minister. A man to breathe life back into the abandoned church at the heart of her community. A man to assist her in fulfilling a promise to her dying mother. But just when it seems her prayers have been answered, it turns out the parson is there against his will and has dreams of his own calling him elsewhere. Is there any way she can convince Crockett he ended up right where he was supposed to be?
With her signature blend of humor, history, and lively western romance, two-time RITA Award finalist and best-selling author Karen Witemeyer delivers a Texas love story sure to steal your heart.
©2013 Karen Witemeyer (P) 2013 Recorded Books 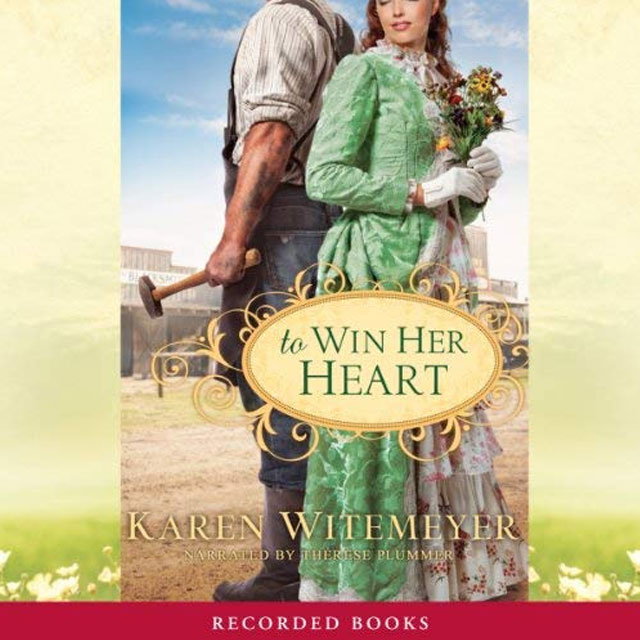 To Win Her Heart

RITA Award nominee Karen Witemeyer is acclaimed for her winning blend of history, humor, and romance. In this heartstirring tale, repentant exconvict Levi Grant comes to Spencer, Texas, in 1887 - hoping to put his past behind him and start out fresh as the town’s new blacksmith. To promote civility, Eden Spencer runs her own lending library, where she discovers Levi’s love of literature. But just as romance begins to bloom, Eden learns of Levi’s prodigal past.
©2011 Karen Witemeyer (P) 2011 Recorded Books, LLC 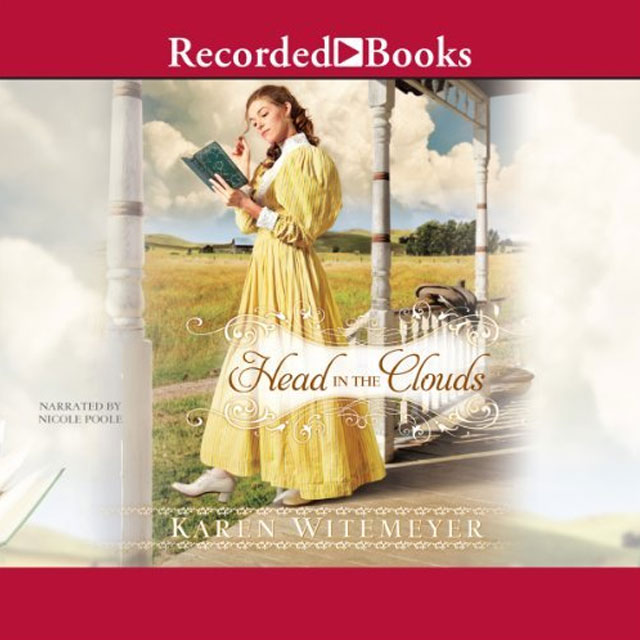 Head in the Clouds

Following the stunning success of her high-spirited debut, Karen Witemeyer delivers this compelling blend of humor and romance. When Adelaid Proctor finds herself stranded in 1883 Texas, she’s hired by a British-born sheep rancher as governess for a daughter still grief-stricken over her mom’s death. As Adelaid gently draws the girl out of her shell of silence, the governess and sheep rancher, at first, resist their mutual attraction. But as a looming standoff draws near, it will either shatter or strengthen their developing romance.
©2010 Karen Witemeyer (P) 2011 Recorded Books, LLC 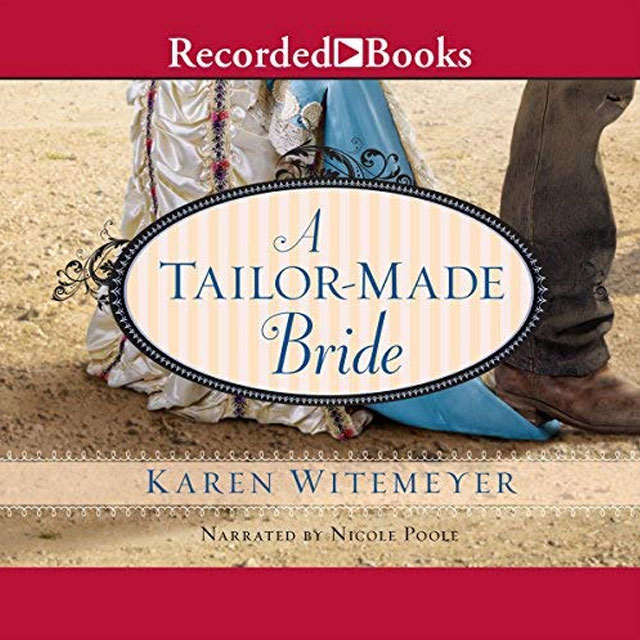 A rising star in Christian fiction, Karen Witemeyer brilliantly blends humor and romance in this compelling debut novel.
Texas liveryman Jericho “J.T.” Tucker wants nothing to do with the town’s new dressmaker, Hannah Richardson. He’s all too familiar with her kind - shallow, more devoted to fashion than true beauty. Except for her well-tailored clothing, however, she’s not at all what he expected. Although J.T.’s assumptions and gruff manner rile Hannah, she finds her heart strangely stirred by him - and by his unexpected acts of kindness.
©2010 Karen Witemeyer (P) 2010 Recorded Books, LLC