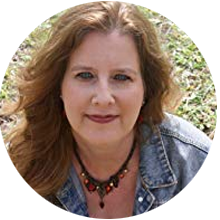 Bestselling author Lisa Harris is a Christy Award finalist for Blood Ransom and Vendetta, Christy Award winner for Dangerous Passage, and the winner of the Best Inspirational Suspense Novel for 2011 (Blood Covenant) and 2015 (Vendetta) from Romantic Times. She has over thirty novels and novella collections in print. She and her family have spent over fourteen years working as missionaries in Africa where she runs a small non-profit organization that works alongside their church-planting ministry. The ECHO Project promotes Education, Compassion, Health, and Opportunity and is a way to "speak up for those who cannot speak for themselves...the poor and helpless, and see that they get justice." (Proverbs 31:8)
When she's not working she loves hanging out with her family, cooking different ethnic dishes, photography, and heading into the African bush on safari. For more information about her books and life in Africa visit her website at www.lisaharriswrites.com
Visit Lisa's Amazon page - (paid link).

No one needs to push Nikki Boyd to excel on the Tennessee Missing Person Task Force. The case of her own missing sister, still unsolved after 10 years, is the driving force in her work. When a Polaroid photo of a missing girl shows up at a crime scene, Nikki quickly recognizes similarities to the past. The closer she gets to the abductor, the more she feels that this case is getting personal and that she is not the hunter at all - but actually the one being hunted.
With this explosive first book in the new Nikki Boyd Files, Lisa Harris takes listeners on a fast-paced pursuit of justice that will have them holding their breath until the heart-stopping finish. 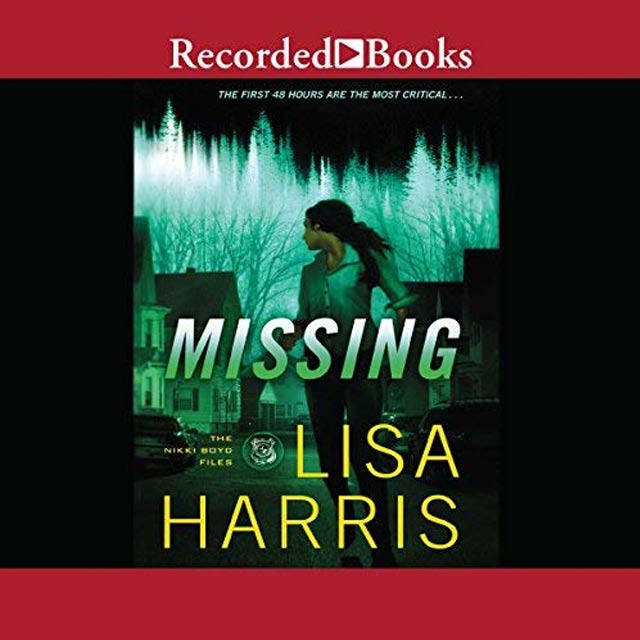 Nikki Boyd isn't usually called in on homicides; her forte is missing persons. But when a case with two murdered and two missing pops up on a quiet suburban street, she's ready to start the investigation and find missing homeowners Mac and Lucy Hudson.
When the first clues lead her to the boat of her friend, Tyler Grant - and another dead body - Nikki must untangle what ties Tyler to the Hudsons. The clues pull her into a deadly maze of counterfeit drugs and a killer who will stop at nothing to silence anyone who threatens his business - including Nikki.
Christy Award-winning and best-selling author Lisa Harris puts listeners right into the action in this fast-paced thriller that will have them listening long into the night.
©2016 Lisa Harris (P) 2016 Recorded Books 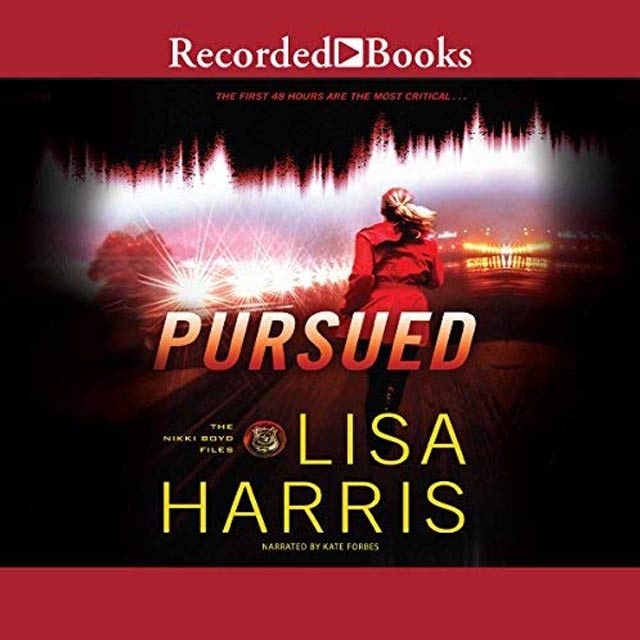 After a plane crash, Nikki Boyd and the Missing Persons Task Force race to find a key witness in a high profile case before she is permanently silenced.
Nikki Boyd's flight into Nashville was routine - up until the crash landing at the airport. When the dust settles, Nikki discovers that the woman who had been seated next to her on the plane is missing - and no one will admit she was ever there. Erika Hamilton had been flying to Nashville with an air marshal as a key witness in an upcoming grand jury trial. When she flees from the crash, is she running from trouble or straight into it? Before Nikki can even see her family, she and her team are pulled into a missing persons case where the motives are as unclear as the suspects.
Best-selling and award-winning author Lisa Harris has planted danger around every turn in this can't-pause-it thrill ride that will leave listeners stunned.
©2017 Lisa Harris (P) 2018 Recorded Books 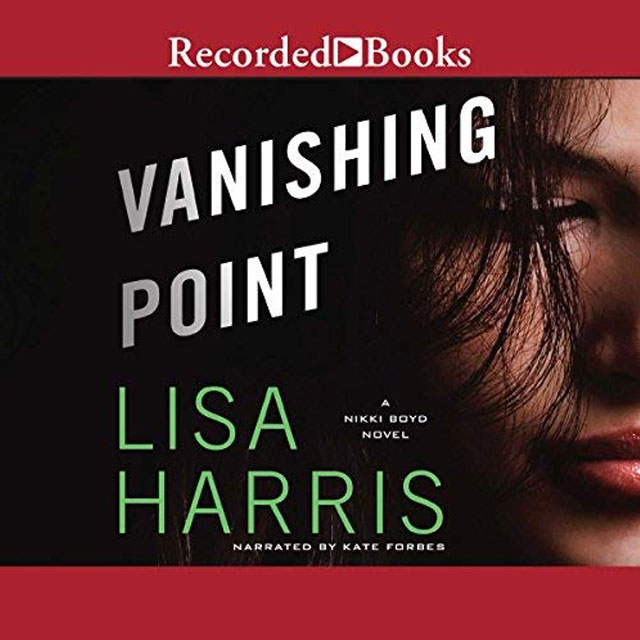 Detective Garrett Addison and FBI Agent Jordan Lambert team up to find a serial killer before he strikes again, but what if everything that was believed to be true about the Angel Abductor is false?
During Garrett Addison's first week on the job as a criminal investigator for the Tennessee Bureau of Investigation, his team is called out to a murder scene of a young girl. She's the third victim in a string of disappearances with one thing in common - a Polaroid photo of each victim left behind at the crime scene.
The FBI is pulled into the case to help, and Garrett finds himself working with Special Agent Jordan Lambert, the woman he once loved. When yet another girl dies - number six - Garrett blames himself and believes he doesn't have what it takes to be an agent. What he'll discover is that, while he may be done with the killer, the killer is not done with him - or Jordan.
Lisa Harris unveils an unforgettable story of a case that has haunted the public and law enforcement for more than a decade. Fans of the Nikki Boyd Files will thrill to finally discover what actually happened to Nikki's sister, Sarah. New listeners will become instant fans after devouring this chilling tale.
©2017 Lisa Harris (P) 2017 Recorded Books